TalkMED Group Ltd > Investor Information > Our board of directors

Our board of directors 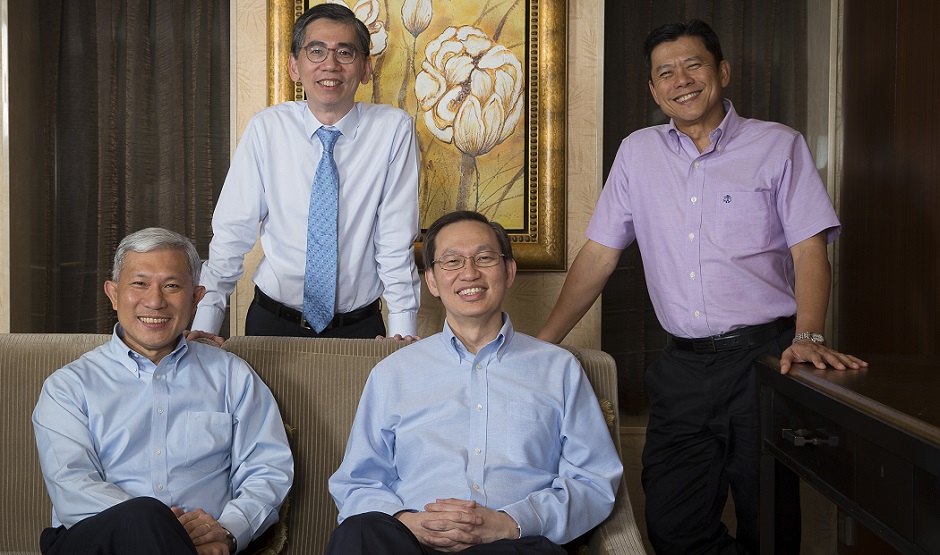 Mr Chandra Das s/o Rajagopal Sitaram is our Non-Executive Chairman and Independent Director and he was appointed to our Board on 23 December 2013. Mr Chandra Das has been the managing director of NUR Investment & Trading Pte. Ltd., a company engaged in trading and investment activities in India, Singapore and Myanmar since 1986. He also served as the Chairman of an investment company, Southern Africa Investments Pte. Ltd., a subsidiary of Temasek Holdings (Private) Limited, from 1997 to 2011. From 1997 to 2006, Mr Chandra Das was a Director with CIES Food Forum (Paris), an association of food retailers. Prior to that, Mr Chandra Das served as the Chairman of the then Singapore Trade Development Board (now known as International Enterprise Singapore), which is a Singapore governmental agency tasked with driving Singapore’s external economy, from 1983 to 1986. He was also the Managing Director of Intraco Limited, an integrated solutions trading company listed on the Mainboard of the SGX-ST, from 1976 to 1986. From 1980 to 1996, Mr Chandra Das also served as a Member of the Parliament in Singapore. Between 1970 to 1971, Mr Chandra Das was the Singapore Trade Representative to the then Union of Soviet Socialist Republics (USSR).

Mr Chandra Das graduated from the then University of Singapore (now known as the National University of Singapore) in 1965 with a Bachelor of Arts (Hons) In Economics and holds a Certificate-in-Education from attending the former Singapore Teachers’ Training College from 1958 to 1960.  Mr Chandra Das was the Chairman of the Government Parliamentary Committee (Defence & Foreign Affairs)  from 1985 to 1990 and was also the Chairman of the Government Parliamentary Committee (Finance, Trade and Industry) from 1990 to 1991. Mr Chandra Das has won several awards and allocades in his career including the Distinguished Service Award in 2001 and the Distinguished Service (Star) Awardin 2005, both awarded by the National Trades Union  Congress. He was also conferred Honorary Doctorates by University of Newcastle, Australia and by St John’s University, New York, in 2005.

Dr Khoo holds a Bachelor of Medicine and Surgery from the University of Singapore and a Master of Medicine (Internal Medicine) from the National University of Singapore. He also holds a Certificate of Specialist Accreditation accredited by the MOH, Republic of Singapore, Specialists Accreditation Board. Dr Khoo holds memberships and fellowships in many institutions as well. He is a fellow of the Academy of Medicine, Singapore, the Royal College of Physicians (Edin) and a member of the Royal College of Physicians (UK), the American Society of Clinical Oncology, the European Society of Medical Oncology and the Singapore Society of Oncology. In addition, he is a Council Member of the Asian Clinical Oncology Society and both a Council Member and Bursar of the Academy of Medicine Singapore. Dr Khoo sits on the Medical Board of Eu Yan Sang Integrative Health as Chairman and is Deputy Chairman of the Medicine Advisory Committee of the Health Sciences Authority.

Mr Sitoh Yih Pin is our Independent Director and was appointed to our Board on 23 December 2013. Mr Sitoh is a Chartered Accountant and is currently the Chairman of Nexia TS Public Accounting Corporation, an accounting firm in Singapore. Prior to that, he worked as an Audit Manager at KPMG. Mr Sitoh currently serves as a Member of Parliament of Potong Pasir Constituency, the Chairman of Potong Pasir Town Council and as the Advisor to the Potong Pasir Grassroots Organisations. He is also currently a Management Committee Member of the Singapore Turf Club.

Mr Dan Yock Hian is our Independent Director and was appointed to our Board on 23 December 2013. Mr Dan Yock Hian runs DYH Associates, where he is a consultant in providing corporate advisory services. He was a Senior Director at nTan Corporate Advisory Pte. Ltd., a boutique corporate finance and corporate restructuring firm, from 2001 to 2009 and became its consultant from 2010 to 2012. Prior to that, he was a Senior Manager at Deloitte & Touche, one of the Big Four professional services firms, from 1998 to 2001. Mr Dan started his career in Price Waterhouse, another multinational professional services firm belonging to the Big Four, from 1990 to 1998.

Mr Lim Jen Howe is our Non-Executive Director and was appointed to our Board on 23 December 2013.  Mr Lim is a Partner of Thong & Lim, Chartered Accountants of Singapore and is practising as a Public Accountant. Prior to joining Thong & Lim as Partner in 1988, he was a director of Chungco Private Limited involved in finance and management for the company and its related Singapore companies. From 1982 to 1984, Mr Lim was a Senior Lecturer at the National University of Singapore, School of Accountancy. Mr Lim worked in London for a period of time, starting his career training to be a member of the Institute of Chartered Accountants in England and Wales from 1972 to 1976 and continuing in 1977 as a qualified accountant working in audit and assurance with Spicer & Pegler, Chartered Accountants. After that, he worked as a banker in Bankers Trust International, London from 1979 to 1981 before returning to Singapore.

Mr Lim holds a Master of Science from London Business School, and two professional qualifications, namely Fellow of the Institute of Chartered Accountants in England and Wales and member of the Institute of Chartered Accountants of Singapore. Since 2008, he has been on the Board of Governors of the  Anglo-Chinese Schools. He was also on the Board of Governors from 1992 to 2000. From 1993 to 2010, he sat on the Board of Management of Anglo-Chinese School (Independent). Mr Lim was also a member of the Ethics Committee of the Public Accountants Board Singapore from 2002 to 2004 and a member of the Complaints and Disciplinary Panel of ACRA from 2004 to 2010.

Mr Lim Teong Jin George is our Non-Executive Director and was appointed to our Board on 23 December 2013.  Mr George Lim is a Senior Counsel, and currently a partner of Wee Tay & Lim LLP, a law firm based in Singapore, which he joined in 1987. From 1985 to 1987, Mr Lim worked as a legal assistant for Chan Cher Boon & Partners.  Prior to that, he was with Drew & Napier LLC as a legal assistant.

Prof Leong Ching Ching is our Non-Executive Director and was first appointed to our Board on 1 October 2021.

Prof Leong is an economist and Vice Provost (Student Life) of the National University of Singapore. She is an Associate Professor at the Lee Kuan Yew School of Public Policy.

Prof Leong is an expert on public governance, sustainability and environmental economics.

She graduated with an MA (Philosophy) and a PhD (Public Policy) from the National University of Singapore, as well as an MA (Journalism) at the University of London.

Before joining NUS, she was a journalist in both print and broadcast media, as an editor in The Straits Times and Channel NewsAsia.